At the beginning of the episode, Bhowmik tells Trilochan how Mini and Anirudh stayed together in a room overnight. Anirudh says but nothing has happened as he is thinking and he has not done any wrong actions with Mini. On this, Trilochan says that what Anirudh has done is a sin and now he will have to pay for it. Anirudh is shocked to hear this.

There Bondita remembers the words of Anirudh. She recalls how she questioned Anirudh that why only women had to do all the work and not men. And then Anirudh says that if both of them work together, then this problem can also be solved. Bondita gets teary while Anirudh is also mourning.

When Sumati goes to the shopkeeper to get the grocery, the shopkeeper refuses to give her the goods. He says that she is the mother of an abandoned woman so he will not provide her with anything. Sumati is sad to hear this. The shopkeeper even says that Sumati should be drowned. Hearing this, Sumati’s eyes get moist, and she cries.

There, some boys call Bondita to say that her mother is hurt. When Bondita goes to find her mother, the boys drop her and make fun of her. Bondita confronts them, and the boys tie her with a rope.

On the other hand, Bhowmik and Dida and Mini again construct a plot to implicate Anirudh. Whereas people slap mud on Bondita and insult her. They taunt her and calls the abandoned woman. Bondita says what she has done wrong that she is getting such punishment.

Dida tells Mini that Mini should put mud on her face to trap Anirudh. Mini agrees. Bondita says that her husband has not left her and he will come to pick her up soon. Anirudh gets worried there. And says why he is feeling so strange today.

Mini tells Anirudh that Bhowmick has expelled her from the house. She pretends to be unhappy. The villagers think of throwing Bondita into the mud, and Sumati stops them. Anirudh tells Mini that he will handle it all. But even when he tries to understand everyone that he has not done anything wrong, no one listens to him.

Trilochan says that Anirudh has sinned and now he must marry Mini. Trilochan asks to prepare for engagement. When Sampurna learns this, she feels very sad, and Surmani taunts her.

At night, both Anirudh and Bondita remember each other. Anirudh cries after remembering Bondita and says that he does not want to marry Mini. Episode end. 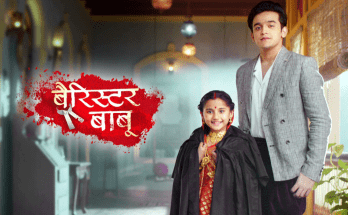