OTT seems to be the go-to place for any actor who aspires to showcase his versatility. On a quest to play diverse characters, Gaurav Singh, who has been a part of Tv shows like Gumrah, Krishna Kanhaiya, Devanshi etc, has ventured into the world of web series. The actor will be seen in MX Player’s Shiksha Mandala, which will drop on the streaming platform in September. He says, “The story of the web series is centred on India’s biggest education scam. I am playing the protagonist, Rahul Somani.”

He agrees that the advent of OTT platforms has opened the floodgates of opportunities for artists. He says, “Another advantage is that diverse content resonating with all age groups is reaching a much wider audience at minimal cost. There are many actors today who have worked hard on their craft for years and OTT has made it easier for them to showcase their talent.”

Talking about the difference between theatre, TV and OTT, Gaurav, who has honed the craft while working with several theatre groups and featuring in various plays, says, “There are no retakes when you are performing in a play. The first shot is the final one. On the other hand, an actor can perform more organically in an OTT series. In the TV industry, the performance is more mechanical and fixed because of its business model.”

Sumit Kaul recently dubbed for Diljit Dosanjh in Jogi: Started dubbing to stay productive, make money, learn a new craft, but then it turned out to be interesting 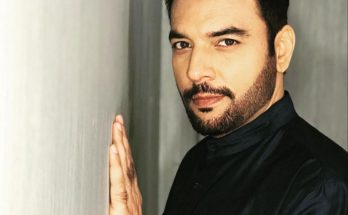 We actors are dreamers and that’s what keeps us going : Chaitannya Choudhry

View all posts by Team TellyTadka →
Play roulette for real money at the greatest online casino gaming platform in the whole of India today. Spin the wheel to enjoy the world’s most popular and classic casino game and play roulette for real money with a live dealer and superb high-definition video quality.
Don’t miss out on the chance to play on the greatest and most reliable casino online sites for real money in India at the moment. Enjoy the fastest Indian rupee withdrawals and the largest real money game libraries offered by the best and most trusted casino online sites in the country today.

Amal Sehrawat: Every human being is a natural actor

Achal Tankwal says Radhey in Nath-Zewar Ya Zanjeer is an ideal character: He died twice but came back every time given all the love viewers shower upon him

Anu Aggarwal on Aashiqui 3 announcement: I am thrilled to have created such an iconic title… I wish the best for the upcoming film

An Evening With Krishna-A Musical Journey of the Enchanted One