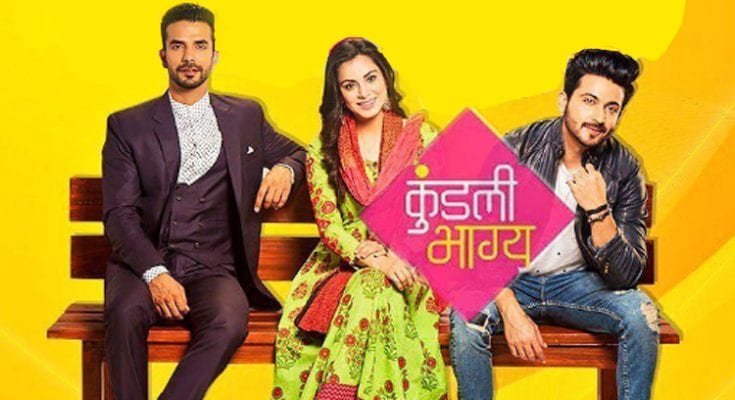 At the beginning of the episode, Kareena and others are taking Mahira home. Karan’s sister is sitting in a car nearby with Karan, but Mahira stops her and gives her a strange look, which makes Karan’s sister feel very strange, and she thinks why she is feeling different by seeing Mahira. On the other hand, the doctor asks the compounder that Mr. Mehra is right then why did he say that his health is not good. The compounder says that he felt that his breath was not good, so he did it. The doctor says okay and goes from there. Srishti and Sameer come to the doctor and ask her about Mahira. The doctor says that Mahira is all right; she did all this to fulfill her stubbornness and to get the family’s attention. Srishti and Sameer learn that their doubt was right about Mahira, and they have to do something.

Mahira thinks Preeta had freed her from this house, and now she will return here with full respect. Sherlyn asks Mahira why she is still standing outside. She asks her to come in, but Mahira starts her drama and starts crying and says that she was removed from this house; how can she hurt her self-respect and enter the house. Mahira says that she will come back only when those people allow her for grihpravesh. Because she has accepted Karan as her husband so they should also give her this right. There Karan tells Preeta that Mahira will stay with them. Preeta is shocked to know this.

Rakhi tells Mahira that she is not the daughter-in-law of this house; how can they celebrate her grihpravesh. Kareena interrupts Rakhi and asks Sherlyn to bring a plate of kumkum so that they can complete Mahira’s grihpravesh ritual. Sherlyn leaves from there, and Rakhi takes dadi and Kareena with her as she wants to discuss this thing with them. While Sherlyn thinks that she did not know that Mahira is such a big player, she always considered her a week breeze, but she is a storm. She puts kumkum on the plate and is happy to know that Mahira’s move will outweigh Preeta and enjoy seeing her.

Preeta tries to convince Karan that they should send Mahira to her house. Karan tells her that she cannot go there because her mother has left her alone and never allow her to come back. Preeta says the relationship between mother and daughter is powerful. Such a little fight between mother and daughter never causes a big problem, and Ramona will also forgive Mahira soon. But if they keep Mahira here, it will cause trouble, and the quarrels between them will increase. Karan says that they already have too many conflicts between them, so do not blame Mahira for it as she is already going through many difficulties.

Further, Sherlyn’s mother calls Sherlyn and says that her Panditji has informed her that a very bad shadow is coming to their house, which will destroy everything, and that bad shadow will be most harmful to Sherlyn. So one thing she should keep in mind that for the next half an hour, do not let anyone enter their house. Whereas Mahira says that she is the bad shadow that will ruin Preeta and snatch Karan from her.