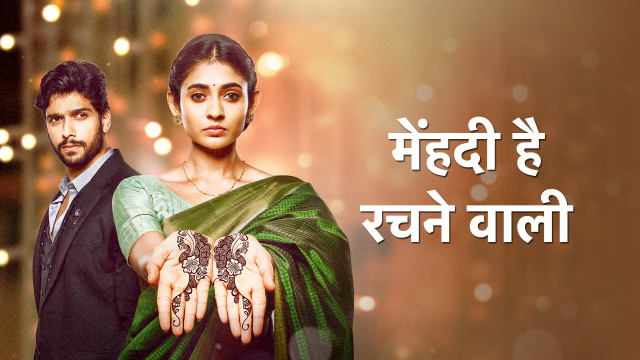 At the beginning of the episode, Pallavi reached at the marriage’s destination, Raghav’s home. Raghav us getting ready for his marriage. Pallavi get inside Raghav’s home and confronted Raghav. Raghav holds Pallavi’s hand and takes her to the television room. That television is showing the view outside of the police station, that television is connected to the cc tv camera. Kirti called Sharda. Sharda is busy somewhere so Sulochana pick up the call. Kirti asked why Pallavi is getting married to Raghav? Sulochana said to herself that Raghav should not marry Pallavi at all.

In that television, Pallavi saw Nikhil is coming out of the police station. Milind welcomes Nikhil, when Nikhil came out of the police station. Milind get happy. Nikhil enquired about Pallavi. Milind said Pallavi is busy somewhere. Pandit ji ask to start pre-marriage rituals. Raghav said they will wait for Jaya and Kirti. Pandit ji said they will have to start the rituals now to complete marriage on time. Raghav told Pallavi that he has completed his promise, now its her turn to do what she said.

Sulochana and Sharda is going to the Raghav’s residence. Pandit ji asked Raghav and Pallavi to stand up for the phere. Raghav stand up, but Pallavi is thinking about something. Pandit ji handed over garland to Raghav and Pallavi. Raghav put garland on the Pallavi’s neck. Pallavi too put the garland on Raghav’s neck. Pallavi and Raghav started their phere. Jaya and Kirti are heading towards Raghav’s residence with Faraz. Pandit ji asked Raghav to apply vermilion on the forehead of Pallavi. Raghav did the same, he applied vermilion on the forehead of Pallavi. Suddenly Sulochana and Sharda arrived at the marriage’s destination. Sharda and Sulochana get shocked. Sharda asked Pallavi why she married to Raghav?