At the beginning, Maya calls Akshara and Kunal to take pictures. Abhimanyu is captured along with Maya, Akshara, and Kunal. Akshara decides to leave the place. Maya asks Akshara to stop as her song will be played at the event soon. She insists on Akshara. Akshara decides to stay back. Abhimanyu covers his ear with headphones. Piya Tose Naina plays in Akshara’s voice. Abhimanyu fails to hear Akshara’s voice. Maya gets excited about her song.

Kunal and Akshara get busy with their work. Maya sees Abhimanyu on the screen and says he is handsome and hot among the other men out there. Akshara sees ice cream and sits upset. She further recalls her moments with Abhimanyu. Host announces about iron man challenge next round. She talks about doing headstand balancing on one hand. Abhimanyu gets excited to do the performance. Maya gets smitten seeing Abhimanyu. Kunal fails to see Abhimanyu. Akshara sees Abhimanyu accidentally on screen. She stands teary. Akshara recalls her moments with Abhimanyu. Kunal switches off the TV spotting Abhimanyu. He scolds Maya for sending her voice without even letting him know. Kunal says to Maya that they are doing hard work so that she can win the Mauritius singing competition. Maya asks Kunal to relax as she too has sent the singing clip for the competition’s sake only. She shows an envelope to Kunal. Kunal stood stunned checking the envelope.

Akshara gets teary recalling Abhimanyu. She thinks whenever she will meet Abhimanyu latter might not excuse her and can get angry with her. Akshara stays hopeful that Abhimanyu will understand her helplessness. She thinks it is good Abhimanyu has started his surgery. Kunal comes and informs Akshara that Mauritius’s best voice finale is scheduled to happen at Jaipur. Akshara recalls her wedding and refuses to go back to India. Kunal says the event is important. Akshara says she isn’t ready. Kunal asks Akshara if she is avoiding going back to India because she fears Abhimanyu will not excuse her. She asks Akshara if she doesn’t trust Abhimanyu and her love anymore. Akshara asks Kunal to stop passing judgment on her love for Abhimanyu. She cries.

Abhimanyu takes Akshara’s name and sleeps. Akshara recalls her last moment with Abhimanyu. She promised him to come back and urged him not to forget her.

Birlas gather to celebrate Shivu’s birthday. Clients accuse Kairav for not completing the deal on time. Akshara gets restless. Vansh tries to help Kairav. Manish stops Vansh and asks him to let Kairav deal with his anxiety on his own. Clients keep on accusing Kairav.

Akshara decide to do decoration for Shivu’s birthday. Arohi asks Shefali if she can do the decoration as she likes doing it. Akshara asks Arohi from when. Arohi says earlier she never got a chance to help. Mahima allows Arohi to do the decoration. Kairav overcome his fear and deals with clients. Manish and Goenkas feels proud of Kairav.

Arohi helps in decoration. Abhimanyu, Neil avoids each other. Parth diverts Abhimanyu and Neil post they come face to face. He further asks Arohi if she arranged videographer to capture the birthday or not. Akshara interrupts and says she installed the cameras in the house to capture the moment from every angle. She adds she didn’t know earlier that Arohi is going to lead the decoration. Parth and Shefali get impressed with Akshara.

Arohi learns from Neha that there are two doctors with same name. One Dr. Iyer is psychiatrist and other one is gyanec. She decides to figure out who is treating whom. Akshara advice Arohi not to hang teddy bear on the fall as it will fall. Arohi ignores Akshara’s advice. 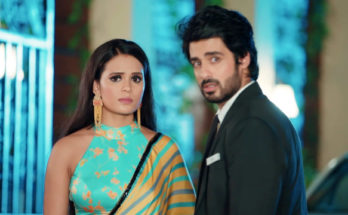