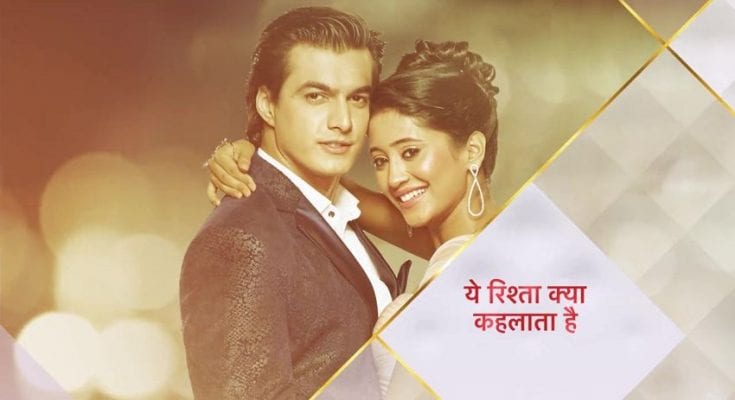 At the beginning of the episode, Kartik was trying to romance Naira in the lift. Then they had a couple of dances. Suddenly lift opened, Naira and Kartik were sitting down, and the security guard failed to catch them romancing. The Secretary of the building scolded him and said, him to be active during the duty. Naira and Kartik were coming down the stairs suddenly Kartik got a text from Ridima that they are back. And on the next moment, Ridima and Kairav came out of the lift Nsira hid herself self and Kartik went towards him.

Kairav sneezes, and Kartik took him inside the house. Kartik made him sleep and came outside to meet Naira, where she inquired about Kairav health, and she got to know that Kairav ate something outside. Ridima apologies for not keeping this in mind. Kartik said to leave this topic, but Naira suggested having a discussion on this for further future. Ridima said she could leave if they do not like the way she is handling him. Naira tried to stop her, but she left. Naira blamed herself for being such possessive for Kairav.

Ridima came home and felt frustrated and washed her face, and she was recalling Naira’s words. Ridima came across a box I which she found few photographs after seeing them, she felt sad and started crying. Vansh was seeing a video on his phone suddenly Luv and kush came and said, him to call Kairav and talk to him then they themselves called Kairav and Vansh took the phone from them and started talking suddenly he noticed Gayu was coming from the other side and passed the phone to Luv. Gayu came and asked Vansh what they were saying to him.

Naira and Kartik came across Ridima and got to know that Ridima is shifting to their flat. Naira apologizes for her behavior. Ridima was unpacking her stuff and was recalling her moments with Kairav. Naira was feeling wired about the sudden shifting of Ridima. Kartik said I feel jealous when you think of someone else except him. Ridima went to the balcony and was recalling about Kairav.