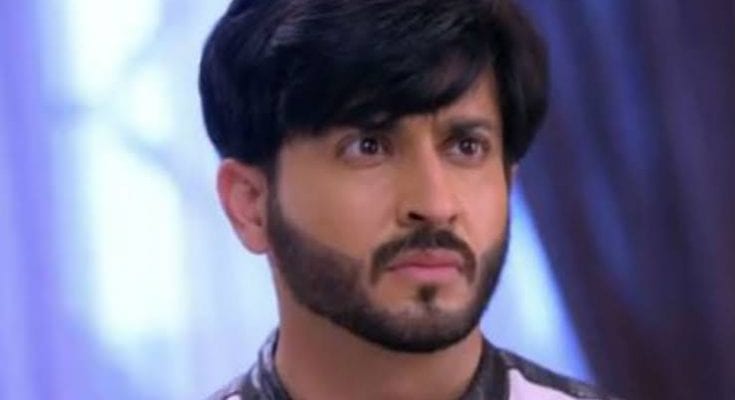 At the beginning of the episode, Pawan comes to Preeta’s house and says that he has come here, but it is difficult to go inside and what if these people have arrested him, but he still decides not to leave from there. There Sarla wakes up from sleep and thinks that she has slept more, and she calls Srishti, but she does not come. She asks Janaki where Srishti is. Janaki says that she doesn’t know anything. Sarla says that today is Preeta’s muhdikhai rasam, and as Mahira is not there, then Preeta must be feeling light. Sarla asks if Srishti to join the ritual, but she had said that she would not go. Janaki says she does not know.

While Srishti, Preeta, and Sameer think of finding out about Mahira. But the man notices them who are with Mahira. There Prithvi lies to meet Mahira that he is her brother-in-law, and the receptionist allows him to go inside. Preeta tells Srishti and Sameer that she does not think anything has happened to Mahira; according to her, Mahira is lying. Also, her mother’s behavior is so calm that it seems as if nothing has happened. They decide to meet the doctor to find out, but the man stops them and says that they cannot meet the doctor right now because she is busy to meet later.

That’s when Karan and Rishabh are passing by. And asks Preeta and others what they are doing here. Preeta said that she had come to check Mahira whether all is well or not, but the doctor is still busy, then she will meet later. Preeta notices that Karan is very upset, then she decides to go to him. And asks Srishti and Sameer to investigate Mahira. Preeta goes to Karan and asks him if he is okay. Karan says yes, and thanks her as she helped him. Both look into each other’s eyes. And Rishabh says that they only find their loved ones in trouble just as Karan came to know about Preeta.

Further, the policeman tells the constable that as soon as the girl regains consciousness, take her statement. Prithvi comes there as a doctor and takes the police with him. Sherlyn recognizes that it is nobody else but Prithvi and goes after him. There Srishti and Sameer are about to ask the doctor what happened to Mahira, but the man interrupts them, and the doctor leaves from there. Srishti suspects that man. There Prithvi tells the policeman that Mahira’s condition is terrible, and she comes to know that all this happened due to Karan, then he should arrest him. While Rishabh comes there and the police ask him about Karan, but the police get a call, and he leaves. The lawyer calls Karan and tells him that if Mahira gave a statement against him, he could be arrested. Karan is shocked to hear this.