Zee TV’s number one show Jodha Akbar produced by Balaji Telefilms is gearing up for the first major leap in the show where the young child-artists will be replaced by a grown-up to play the respective roles.

The show recently saw a small-time leap paving way for the introduction of young Salim essayed by Ayaan Rahmani. And if sources are to be believed the creative team of Jodha Akbar has narrowed in on the actor to play the grown-up Salim.

Ravi Bhatia who was last seen in Do Dil Bandhe Ek Dori Se has bagged the role of grown-up Salim. Earlier there were reports about Desh Ki Beti Nandini fame Raafi Malik also being considered for the role but according to recent developments looks like Ravi has crossed the final line.

The actor has started shooting for the show and is ecstatic about being an integral part of one of the finest shows on Indian Television.

The time leap is expected to take place sometime in December and the future track will focus on four principal characters of Akbar (Rajat Tokas), Jodha (Paridhi Sharma), Salim, and Anarkali. The production house is in the process of finalizing the actress for the role of Anarkali.

What are your views about this time leap? 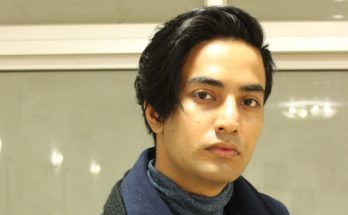 Reyen Eyes on his fitness and lifestyle: I enjoy various sports, eat right and keep myself happy

Jasmin Bhasin to make her Punjabi film debut with the film Honeymoon!

Kiran Raj: “I’ve been familiar with Kannada and Hindi since childhood, so working in these mediums have never been a problem for me!