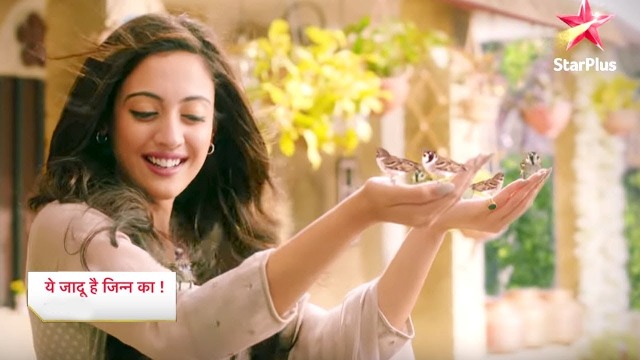 At the beginning of the episode, Rehan apologizes to Aman because he did not get the ring with the diamond ring. Aman feels sad to hear this. There, Rubina learns that Aman and Roshni’s child partner, Nanna Bazigar, is born. Rubina says that the child’s partner is always born 12 hours before the birth of the child, that is, the delivery of Roshni is also to be done today. There when Rehan tells Aman that Shayari sold the ring, Aman says that Shayari cannot do it. Then Rubina comes there and informs Aman about the child being born today. There Roshni again surrounds by the fire. When Aman and Rehan hear the sound of screaming, they go there.

Everyone thinks what they will do now, because they do not have a diamond, but then Mahira brings the ring. Rehan says where did she get it from, Mahira says she will tell later. Aman takes the ring from Mahira and wears Roshni and Roshni’s condition improves. Further, Rehan asks Mahira about the ring and Mahira tells him the whole story about how Shayari helped her. Rehan feels guilty and thinks about apologizing to Shayari.

After a while, Rubina turns on the music in the room and they talk about the birth of the child. Rubina says that she turned on the music so that Kala Jin could not listen to them. Then she plans to send Roshni in clouds because black jin cannot reach there. Rubina says that the shadow of Roshni will remain here so that kala jin thinks that it is Roshni. Then she makes a jhaal so that no one can hear and watch Roshni. And Aman with his magic tries to send Roshni into clouds but fails. Then Rehan comes to help him and both try to send Roshni into clouds with their magic powers, they also fail. The trap is broken and the pieces of glass are about to touche Roshni but Aman saves her.

Aman asks Rubina how all this happened. Rubina says Kale Jin has done all this. Rubina says that now they can do nothing to save the child. Aman is disappointed to hear this. Aman angrily says that he will kill the black gin. Roshni says she is also with him. Aman says he does not need her because she has messed up a lot already. Roshni is sad to hear this. There Rehan tells Shayari that he knows that Shayari is a hunter. Shayari gets shocked. Episode end.

Precap: Roshni tries to go out of the house but Aman stops her.