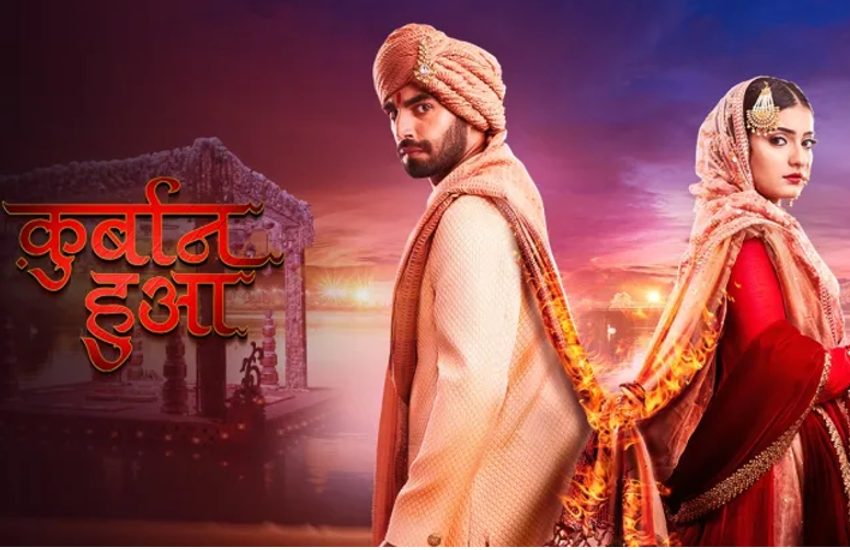 At the beginning of the episode, Neil gets a call from Bhupendra, and he tells him that he does not help Chahat. After a while, Chahat tells Bhupendra that he has filled his form going to the university, and hearing that, Bhupendra quickly cuts the call. Godambhari listens to all these things while standing outside. Neil gives Chahat her books, which makes Chahat very happy to see. Neil teases Chahat with the matter of short dress, which makes Chahat angry. Neil asks Chahat where the gift had gone, which he ordered, pointing towards Naveli Chahat says that she is the only one wearing the most beautiful clothes in this house.

Chahat and Neil go to the garden and show her the clothes and ask her if this is his her clothes. Parmukh says, who is going to wear such clothes in this house. Then Godhambhari comes and says that this is her parcel. Jamuna Prasad has gifted for the anniversary. Godhambhari says that it must have been bought by mistake. Naveli will Return it. Then the Parmukh gives Neil his parcel he takes and goes from there, Godhambhari says to the forward head, but this time she has saved but not every time.

Godhambari reprimands Naveli and says that such gifts should be kept hidden. Vyas Ji to wear a smart fitness watch and his Seeing all the stories, Neil thinks that nowadays people do not take care of their loved ones as much as Chahat keeps for Vyas Ji. Gazala calls Godhambhari and apologizes for such sudden departure and says as soon as She gets well, she will be back.

Neil gifts a portable fan and says she knows all the relationships well. Chahat says that she does it as a human being. The next day Chahat has less time, and she thinks about how she will study. Godhambhari calls her down and gives her some work. Godhambhari tells Naveli and Parmukh to keep Chahat engaged in some other work. Chahat, at last, thinks that now very less time is left, how will she prepare for the exam.