Actor Hiten Paintal, whom we have seen in films like Bachna Ae Haseeno, Dil Maange More, Muskurake Dekh Zara, shares his earliest memory of Amitabh Bachchan on his 80th birthday. Hiten is the son of veteran hindi films actor Paintal, who has done films like Satte Pe Satta, Dostana with Amitabh Bachchan. Hiten says, “Bachchan Sir has an incredible journey in the industry and one can learn a lot just by watching his films. On his 80th birthday I just wish him good health and joy in life.

When I look back I must have been 1-2 years old. I was on the set of Satte Pe Satta and I could hardly talk. I was in my mother’s lap and the moment I saw him I started shouting Amitabh Bachchan. Everyone was looking at me after they heard me shouting. I got to know this from my parents later on.” He also adds, “I would not visit many sets of dad’s films because going to school was important to us. Later on when I started acting I did an ad for a pen with Bachchan Sir and what great experience I had with him. I was mesmerised with his personality and his baritone voice. You can’t stop laughing when you are around him.” 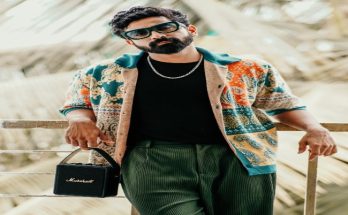 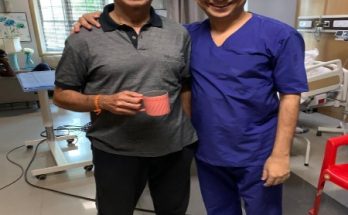