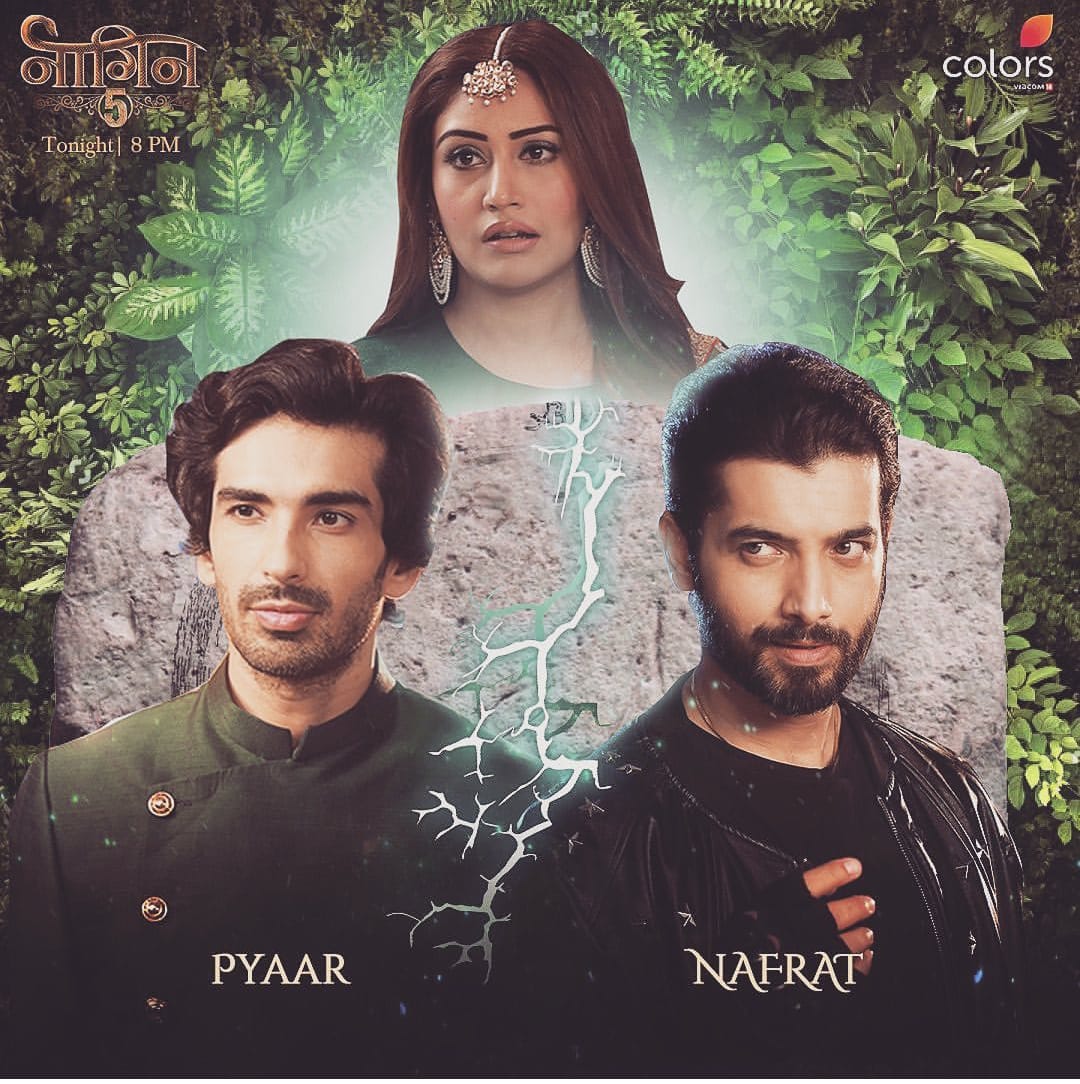 At the beginning of the episode, Jai and Veer are fighting with each other.  And are bothering each other with their words.  Veer warns Jai that he loves Bani so it would be better for him to stay away from Bani.  Jai says but she is a serpent.  Veer says it does not matter and his love will remain the same for Bani even after knowing the truth of Bani.  Jai says Veer is such a big bastard  Veer says yes he is and goes from there.  Jai laughs.

Baldev is angry as Veer is trying to save Bani.  Baldev decides that he will eliminate Bani with help from Marghat.  All prevent him from doing so.  But Baldev does not listen to them.  Another side, a woman imprisoned in the basement shouts for help.  Bani decides that she will eliminate eagles and will avenge the death of Noor and the innocent girls whom they were about to sell.  But if Veer is innocent then she will not harm him.  Bani remembers how Veer always helps her.  And says that but if all this is just a show of Veer, then she will not leave him.

Further, Veer and Jai start vocal fighting again.  Bani is irritated upon seeing this and refuses Veer to come near her.  Jai laughs at Veer.  Next, in the morning, Baldev and others get angry after seeing the fruits and vegetables on the breakfast table.  Bani tells them that they will have to eat satvik food till Navratri.  Veer agrees with Bani’s decision.  Pankaj and Monil are afraid of Bani’s existence and get up from the table without having breakfast.

Both are afraid of Bani because they killed Noor.  And when Bani learns that both of them are behind Noor’s death, she thinks of killing them as Meera.  She also tells Jai about her plan.  Monil is dancing to the beat of songs and drinking alcohol in his room.  Meera means Bani comes there and Monil is shocked to see her beauty and thinks to take advantage of her.  But then Bani takes the form of a serpent and says that today she will complete her mission.

Bani strangles Monil and Monil is about to take the form of an eagle to protect himself, but since a bird can’t fight water so he is unable to protect himself. While Bani ties Monil with a chanted rope so that Monil does not escape from her captivity. On the other side, Jai asks Shukla to bring everyone to Monil’s room so that they can find out Bani’s exploits. Further on, Bani hears someone’s cry voice and follows the voice which brings her to the basement later she discovers that a prisoner is present here.