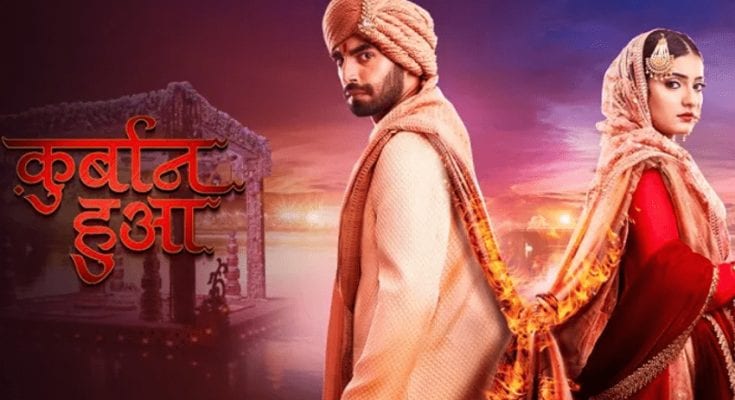 At the beginning of the episode, Chahat got Shocked by seeing her father. Dr. Baigh dropped the knife and hugged Chahat, and loved her. Dr. Baigh said he would save you from this evil man pointing towards Neel. Neel told Chahat this was the surprise and acknowledged her from where did he get him. Bhupender said Neel put his whole efforts to save him. Chahat recalled that CCTV footage and came backward and did not allow his father to touch him.

Chahat shouted and said He was the only one who tried to kill Neel in the factory and showed Neel that Cctv footage. Chahat asked Dr. Baigh that why did he do that. Dr. Baigh recalled how Gazala manipulated Neel, and then he planned to kill him. Chahat asked Dr. Baigh that why he broke her trust. Chahat said Dr. Baigh that whom he was trying to kill, has saved her many times. Then Chahat said, because of you, Neel has suffered a lot. Neel came in between to stop Chahat, but Neel said, him not to interfere between Daughter and father. Dr. Baigh stared crying Chahat said, he considers you as a murderer of Saraswati just because of that promise he has not to dine anything with you.

Chahat said Neel has loved him and never left her alone. Chahat sat down and started crying and was feeling guilty for her father. Chahat apologies to Neel on Behalf of Dr. Baigh, but Neel said, her not to say such things. Chahat said the 2 persons whom she loves most are willing to kill each other. Chahat started blaming Neel for being such kind to her and making her fall in love.

Chahat said Dr. Baigh to come with him and apologies to Vyas Ji as she will tell the whole truth to Vyas Ji. Chahat took Dr. Baigh with him, and Neel was still standing there. Bhupender tried to stop her, but she did not stop. Bhupender came and asked Neel to stop Chahat. Neel advised Chahat not to take any decision in aggression. Neel said Bhupender to take Dr. Baigh with him.

Neel and Chahat went back home and saw the police and enquired about that. Godhmbhari called Alekh and asked him to come upstairs. Neel tried to convince Chahat not to reveal the truth, but Chahat was not trying to understand anything.